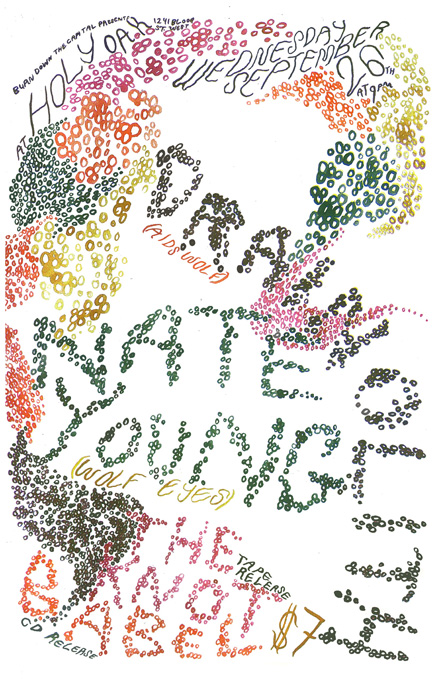 We’re super stoked for the first of our “Double Release” shows to be with none other than DRAINOLITH and NATE YOUNG (big thanks to Burn Down The Capital for that). The evening celebrates the release of the Aaron Lumley/The Knot split cassette as well as both recent albums by BABEL.

For this show BABEL will be joined by the magical Pavlov’s Dog Handbell Ensemble on a compostion called “DEFACED FACADE” which combines the approaches of the two BABEL albums Glockengiester and Alphabeta.

Here they are playing something else entirely.