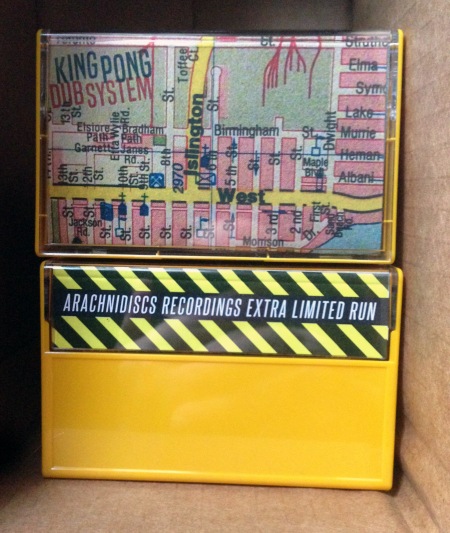 From the “Bored Nation” south side of Etobicoke (the north side gave us everyone’s favourite “crack mayor” Rob Ford and his Trump-esque “Ford Nation”), comes 40 minutes of head-and-booty stimulating electro-dub. An ode to Muhammad Ali, a Kim Deal-sampling homage to the mix-tape era, and a disco elegy to the Pulse nightclub mix with the bass sounds of life on the Lakeshore, best-side suburb of the 6ix.

BABEL‘s “Grid” series of albums and EPs—released digitally and on cassette at various points over 2015—are an homage to analogue synth music pioneers such as Craig Leon and Klaus Schulze as well as early-’80s synth-based sci-fi and horror film soundtracks. The sessions culminate in the epic 35-minute morphing space-drone of the previously unreleased “Apogee“. Mind Thief collects the recordings in their entirety on two compact discs.

A LOON IN JUNE SUPER SALE

Jakob has lost his mind and is slashing prices!

Over 30 back-catalogue titles priced at ONE DOLLAR* Canadian!

Most newer releases at a discount!

But, seriously, we need to make room for new stock so this is a great chance to pick up some really great music at fire-sale prices.