Thirteen Exquisite Corpses is the 200th and final release on Arachnidiscs Recordings, coming 20 years after the label’s first release. A collaborative work of 13 “improvised compositions” split into two suites. It was recorded under the ensemble name BABEL by bandleader and Arachnidiscs head, Jakob Rehlinger. Thirteen Exquisite Corpses was recorded using a modified version of the “exquisite corpse” collaborative technique usually employed in visual art or writing where each collaborator is only aware of the tail end of the previous collaborator’s contribution. In this case each of the 8 collaborators improvised to a series of minimal synthesizer drones provided by Rehlinger, unaware of each others’ addition, which Rehlinger then edited into cohesive works. The album is presented as a 2CD edition in a 24 page hardback book.

Vol. 2 also available in higher fidelity formats at our Bandcamp site as a PWYC download (min $2).

Side 7: Andy Futreal — Night Train to Xi’an / For Wenchuan

A vivid soundscape travelogue collaged from field-recordings and performances recorded in China during. 2008-2010. Andy has created vivid journey out of everything from a metal dishrack to the ambient sounds of Zhengzhou train station and the overnight train from to Xi’an. A piano score is derived from Sichuan Wenchuan earthquake gravity wave traces mixed with edited VOA broadcast. A haunting tribute to a harrowing disaster. (www.myspace.com/andyfutreal)

Falling somewhere between the 20th century minimalists and the no-wave noise composers of the 1980s, Morpheum explores the tranquility and violence of dream states though a suite of duets and quartets for piano, mallet instruments, electric guitar and Taiko-inspired percussion. Languid, evolving melody lines sleepily weave through each other before cascading arpeggios awaken like a tsunami crashing through a nuclear reactor. Subtle and epic, peaceful and cacophonous, safe and perilous as an ocean or a dream.

Andy Futreal and Jakob Rehlinger (Moonwood) were  previously paired up on a split tape released by Folkwaste Recordings. 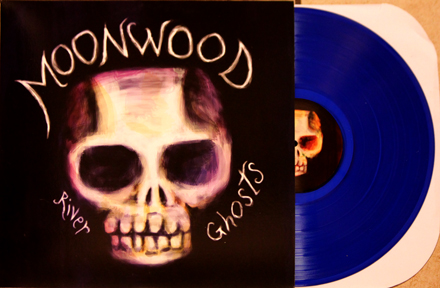 “Earlybird” edition: The first 60 copies include a hand-printed, signed and numbered lino-block print by Jakob.

It looks like the final mixes for both Moonwood Coal Aberrations and Babel Zahlreiche have been completed and mastered. The artwork needs to be finalized and then Arachnidiscs will finally release something (in physical form) after what must be a almost a year.