FLATBED have been wiping Nanaimo, BC, off the face of the map for about 15 years now. They’re the bastard brainchild of a guy named Mike Thibodeau who plays a two-stringed bass, comes up with the song titles, and is the only permanent member. Past members have included guitarists Andrew MacGregor (The Bark Haze, Gown), Ken Holiday (The Crusties, Void Fill) and Jakob Rehlinger (Void Fill, Semen Priest, etc) but you don’t join FLATBED for the long haul, you join to spill bile all over the stage for 15 minutes and get the hell out, leaving behind blown eardrums and stunned faces. There’s new guys on guitar now, they’re called Shrum and Jub. On drums Lindsay (Bash Brothers, Hag Face) is the fourth lady to beat the hell out of the skins for FLATBED. Drug Mom is their sixth release.

The possible return of No Love 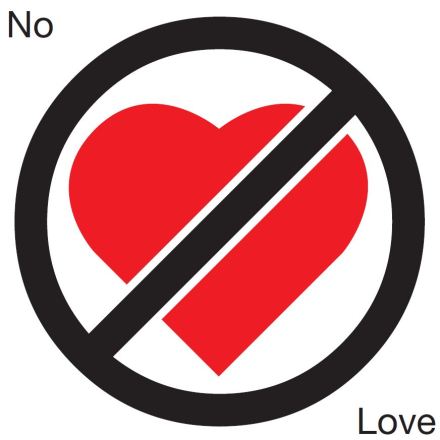 Back in 1989 Arachnidiscs Recordings began with demo tapes released on an imprint called No Love Records. Naturally, being a 1990’s label, No Love focused on punk and music that fell under the relevant-at-the-time label of “alternative” rock. In it’s days No Love never released a single vinyl record. Apparently, ten years on that bothered me so much that I looked for a new name for the label as we headed into the new century. Goodbye No Love, hello Arachnidiscs.

Lately, that’s kind of made me sad to say “no” to some pretty interesting projects so I’ve been toying with the idea of reviving the No Love imprint for a few select releases. I wasn’t going to announce it until agreements were nailed down with the bands, but how could I not announce this on Valentine’s Day?